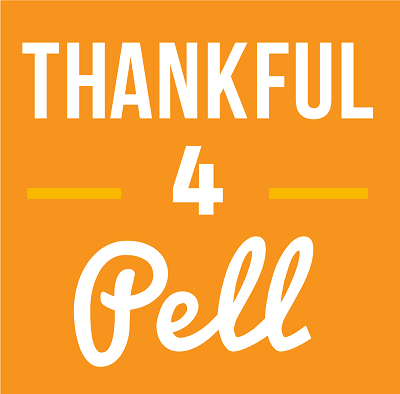 The Importance of the Pell Grant to Educational Attainment

At College Now, we say it all the time: educational attainment is one of the most critical issues facing us as a community. In its 2005 report Altered States: A Perspective on 75 Years of State Income Growth, the Federal Reserve Bank of Cleveland found that, over time, two levers that are directly correlated to regional economic health are the number of patents and the number of degrees in a particular region. It is no surprise, then, why Ohio struggles economically when you consider that it ranks 38th in the nation in educational attainment. The Ohio Department of Higher Education estimates that 64 percent of Ohio’s jobs will require a postsecondary credential or degree by 2020, and with only 37 percent of Ohio adults holding an associate’s degree or higher, it is easy to see that we have a lot of ground to cover in order to meet the future demand for skilled workers.

A major obstacle preventing more Ohioans from pursuing higher education is the cost. A 2016 study by the Penn Graduate School of Education and Vanderbilt University’s Peabody College found that Ohio is the 45th least affordable state in which to go to college. Yes, you read that right. There are only five states in the entire country where postsecondary education is a more expensive undertaking than it is in Ohio. This is due, in large part, to many years of decreased state funding for higher education. Ohio colleges and universities, in response to receiving less money from the state, annually increased tuition and fees to cover their costs, making it increasingly difficult for students from low-income backgrounds to make up the difference.

Despite the lack of state funding for higher education, since 1972, low-income students could rely on financial support from the Federal Pell Grant. The Pell Grant is an important piece of the financial aid puzzle for low-income students, often making the difference between a student being able to enroll in a postsecondary program, or not. Here are some interesting facts about the Pell Grant:

For low-income students, the Pell Grant is the glue that holds higher education financial aid together, even though it covers less of the cost of attendance (by a lot) than it did 40 years ago. Despite its importance as a tool for increasing college access among low-income students, the Pell Grant is an endangered species. As Congress works to balance the budget, the Pell Grant finds itself on the chopping block year after year, putting 8 million students at risk of losing financial aid.

How can you help? This week, NCAN is implementing its #Thankful4Pell campaign, aimed at letting our Congressional leaders know just how important the Pell Grant is and the impact it makes. You can make your voice heard – as an individual or as an organization – by clicking the campaign link above and contacting your representatives in Congress. They make it easy for you – all you have to do is choose from their email or social media templates – or write your own – and put in your contact information. Their system automatically finds your reps and sends them your messages.

If you or someone you know is #Thankful4Pell, like we are at College Now, please support this campaign to ensure its future.