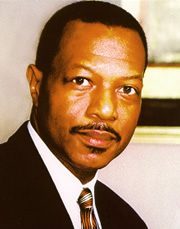 College Now Greater Cleveland supports students in all their postsecondary goals, but when students decide to channel their talents back into education, it can be a special moment – and that’s exactly what alum Clinton Bristow Jr. did.

Clinton was born in Montgomery, Alabama in 1949, but shortly after moved to Cleveland with his family.  There, the Bristow family struggled to make ends meet, living in public housing and knowing, despite Clinton’s intelligence, that they could never afford to send him to college.  That’s where College Now, then the Cleveland Scholarship Program, came in.  Recognizing the immense potential in the East Tech student, College Now provided Clinton with the scholarships and other funds he needed to apply to and attend college.  In 1967, Clinton graduated from East Tech with a variety of accolades, including the titles of valedictorian, class president and football letterman, as well as an acceptance to Northwestern University.  In 1971, Clinton graduated from Northwestern with a Bachelor of Arts degree and went on to receive his J.D. in 1974 and Ph.D. in education administration and public administration in 1977, both, also from Northwestern.  From there, he went on to Governors State University, where he earned his MBA in 1984.  At this point, Clinton set his sights on improving education for others.

That’s why, in 1990, Clinton accepted the position of President of the Chicago Board of Education.  With this position came the responsibility of managing the futures of 410,000 kids, 40,000 teachers, 601 “mini” school boards and a $2.4 billion budget.  He held this position for five years before becoming president of Alcorn State University, an HBCU in Mississippi.  As president of the university, Clinton headed initiatives that resulted in a doubling of the percentage of Alcorn students attending graduate and professional schools, an improving of retention and an enhancing of research in the life sciences.  An inspiring individual, Clinton’s death in 2006 was felt throughout the higher education community.