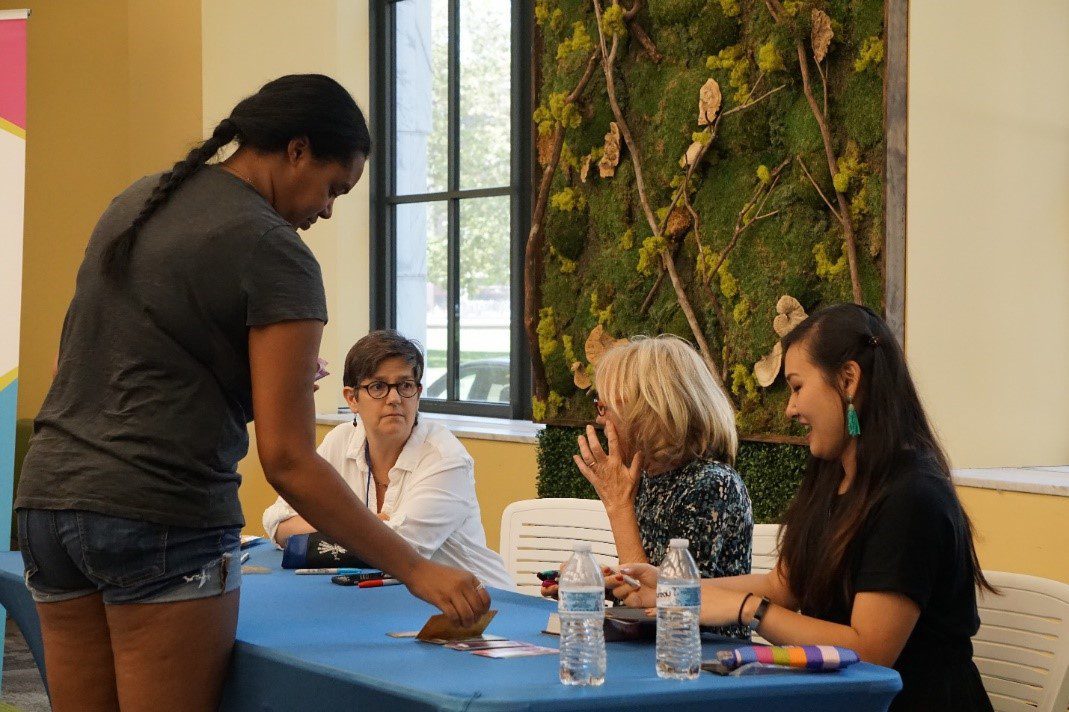 The festival was created by three local founders, including College Now Manager of Advising Programs and Services Bailey Capelle, who were inspired by The Bronx Book Festival in New York City. They sought to carry out a similar vision in Northeast Ohio with a mission to “promote literacy and foster a deep love for reading within the Cleveland community,” particularly with local youth in mind.

Once hearing the CLE Reads mission, the 21st Century team at College Now recognized this festival as an excellent opportunity to compliment the work of the impact! program. This program, made possible with funds granted by the Ohio Department of Education through the 21st Century Community Learning Centers grants, is administered in partnership with like-minded community organizations. It is designed to improve students’ ACT, SAT, and PSAT scores and increase students’ college and career readiness with a focus on math and reading.

A major goal of the impact! program is to promote reading among students, as College Now knows that it positively effects students’ performance on standardized tests and college entrance exams. While some students gravitate toward reading more than others, site coordinators have found that resistant students become more engaged when they find literature relatable to their own lives. That’s why the vision of CLE Reads, to champion diversity and representation in literature, is so important: In order for students to have the best opportunities, resources need to be delivered thoughtfully.

The festival brought 14 award-winning, bestselling, and critically acclaimed young adult and middle-grade authors to Cleveland to share their works and encourage a love for literature among students. They represented different backgrounds, experiences, and identities, and spoke on a variety of topics spanning from fiction to fantasy, and romance to cultural traditions. Five authors were local to Ohio, including one from Cuyahoga County and one from Lorain County, and the remaining traveled from Boston, California, and New York to attend.

Participants enjoyed a range of activities throughout the day. Authors spoke on panels with topics on love, heroism, creating alternate universes, and more. Attendees were also able to participate in breakout sessions in which they gathered insights about building strong characters and artfully constructing plot to apply to their own writing skill development.

In addition to the rich educational opportunities available at the festival, the CLE Reads team distributed 205 free books to the students and families in attendance, many of whom were able to get their new books personally signed by the authors on-site.

College Now was honored to partner for this inaugural event and looks forward to continuing to support the CLE Reads Book Festival in their work to turn student readers into leaders!