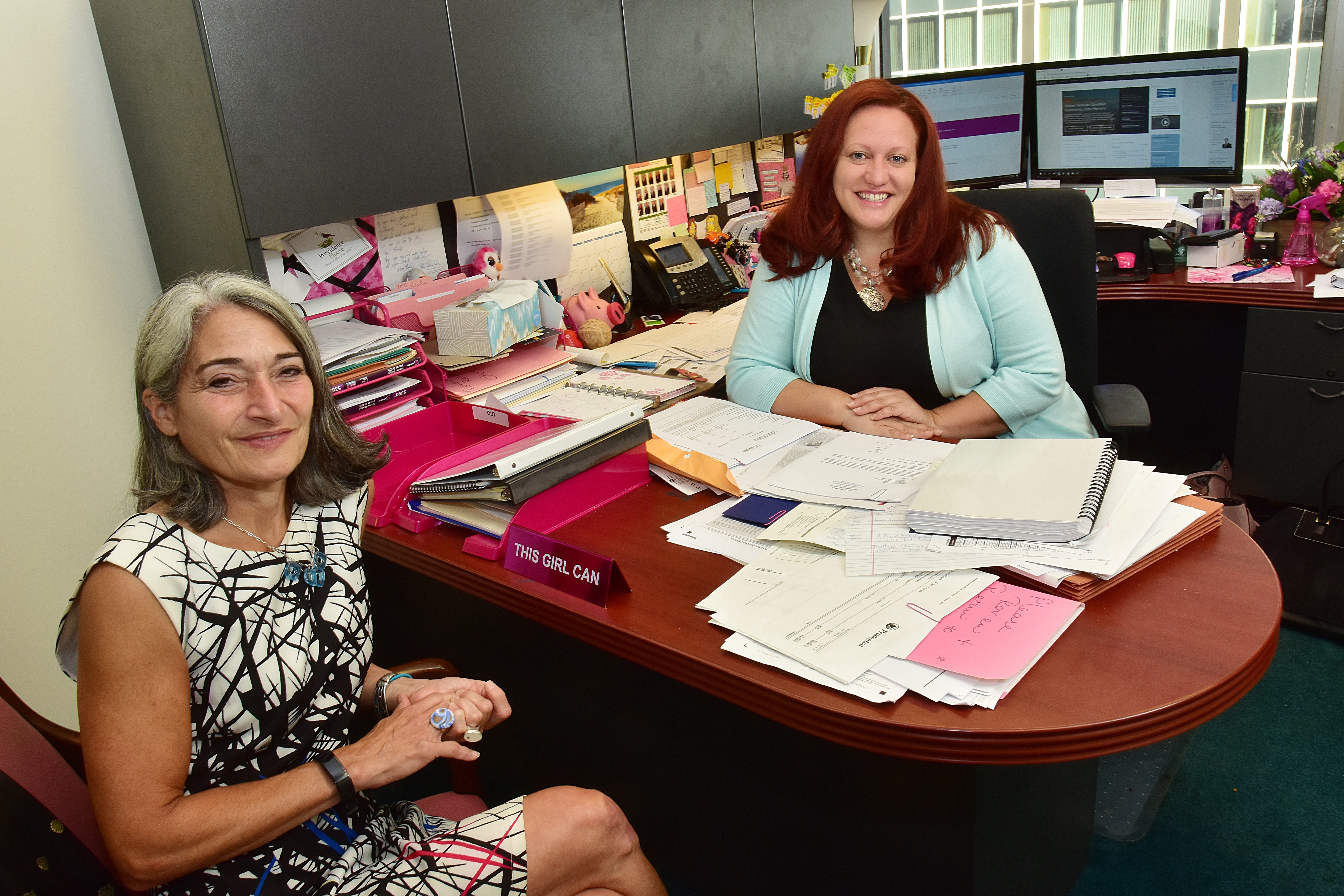 When Shannon Gallagher, Gries Financial Partners’ director of client services, first landed a job with the wealth management firm as a temp receptionist at age 21, she was already good at a couple of things.

She was good at leaving college. “My mom likes to say it: I didn’t go to Akron University. I was enrolled. It was fun. I had a good time.”  Probably too good a time, since she wasn’t allowed to come back. Same thing happened when Gallagher attended Cuyahoga Community College for two and a half semesters. “I lost interest and just stopped going.”

Gallagher was also good at losing jobs – through no fault of her own, however. Mostly she worked in retail and “the stores kept closing, going bankrupt.”

Worse, she was also quite proficient at being in debt, with $15,000 in college bills and no degree to show for it, plus not much ability to pay it back.

Her situation is completely different now.

Gallagher’s back in college, heading toward an associate degree in applied business, with a bachelor’s and more on the horizon. She has steadily advanced at Gries, and now directs client services at the Cleveland company. Most importantly, “We’re actively talking about the future of the firm, succession plans,” she said. “I’m one of ones that they are talking about being a future executive and a future partner in this firm. That’s their plan for me.”

What made the difference for Gallagher?

“Shannon’s very goal-oriented. I’ve worked with a lot of people in my many years in business who just want to be given a promotion, but don’t understand what it takes to make that next step. Shannon does. She gets it.”

Lauren Rich Fine, a partner at Gries Financial with decades of Wall Street experience, has long believed in the power of mentoring. She saw it work to keep young people on track for college and she believes the same principles apply to adults like Gallagher, “comebackers” returning to school. Fine would like to see others step up to become mentors.

“It’s not only the money,” Fine said. “It’s the mentoring. It’s also the encouragement to go back to school. I can give Shannon a specific game plan of how she can get credentials and I can work with her. I can be very honest and very direct. She’s never let me down.”

Fine has taken this belief in mentoring to College Now Greater Cleveland, where she serves on the organization’s board, helping to build Cleveland’s graduation rate for both young people and for “comebackers” like Gallagher.

In Ohio, just over one in four adults has a bachelor’s degree or higher. One in five adults, 20.5 percent, are people who began college, but didn’t finish.

Meanwhile, Northeast Ohio, with its population of 4.3 million, should be producing 37,600 college graduates a year, based on national averages. Instead, only 31,300 earn diplomas, according to the 2019 Aligning Opportunities report by Team NEO, Northeast Ohio’s business development organization.

It’s a problem for the region’s economy. “It has to happen in Northeast Ohio or else we’re going to go out of business, honestly,” said Lee Friedman, chief executive officer of College Now.

For 50 years, College Now has maintained a laser focus on increasing post-secondary educational attainment – from college to professional certificates – in the greater Cleveland area, helping 29,000 a year. Mentorship matters.

In the Bridging the Talent Gap Employee Community Report for Cleveland, one in five adult learners surveyed identified mentoring as helpful in achieving education goals. The 2019 report, funded by the Graduate Network, pointed out that one in four adult learners – 26 percent – wanted educational advice geared to career goals.

The study also indicated that adults who don’t return to school sometimes don’t because they can’t see how their courses would clearly benefit their careers. That wasn’t the case for Gallagher, who had a path clearly delineated through her mentorship with Fine and other Gries’ executives over the years.

When Gallagher began as temp, she proved so competent that the firm hired her fulltime. Soon she became indispensable, promoted to executive assistant. Then, a few years later, a competitor tried to hire her away. Gries’ executives took notice. To convince her to stay, they developed a new position for her as a mutual fund trading assistant. Five or six years after that, she became director of trading.

“If you need to find out what you should be doing with your investment, talk to your advisor. If there’s an action that needs to be taken, that’s when you come to me,” Gallagher said. “We execute everything.”

Meanwhile, Gallagher got married and divorced. Her ex-husband died, which was emotionally devastating. She had surgeries. She managed to buy a house. While she thought about going back to school, she never actually took the necessary steps. In fact, Gallagher thought she was doing pretty well for someone without a college degree.

Fine told Gallagher in no uncertain terms that for her to advance to the top at Gries, she’d need at least a four-year diploma like her colleagues.

If Gallagher was going to be listed as a partner on the firm’s website, her bio would have to indicate where she earned her degree. That was non-negotiable. “Appearances matter and people who say they don’t are naïve,” Gallagher said. “In practice, I could probably run circles around some recent college grads, because I’ve been doing this. But they have the one thing that I don’t — and that’s that piece of paper.”

After listening to Gallagher talk about getting her diploma for a couple of years, Fine finally asked, “Why don’t you go? What’s holding you back?’”

In September, Gallagher enrolled at Cuyahoga Community College – step one. Truthfully, much of the work came easy to her; she already knew a lot of the terms and she always had a head for math.

Meanwhile, Gallagher is getting the support she needs. College Now helped her apply for financial aid. Gries allows her to leave early one day a week to accommodate her class schedule. She’s gotten some financial help from Fine and expects the firm will contribute later.

The way Fine sees it, Gallagher is making all the right moves. Besides pursuing her degree, she’s following Fine’s lead as a volunteer and leader in nonprofits, taking on increasingly responsible leadership positions which stretch her capabilities outside of Gries’ offices in downtown Cleveland. Those same commitments create networks and connections in the community, helpful for a company selling wealth management services.

“Shannon has confidence because she knows she is the subject matter expert about so many things within our organization,” Fine said. “But they aren’t things that grow the firm. To grow the firm, she needs different skills. Anytime you’re helping grow a firm, they can find the resources to reward you.

“We’re aiming to position her for that.”